As always, Mother Nature is a wonder to behold!  Its mysteries and phenomena baffled our human mind.  Although, over the course of time, we made a significant progress in understanding the world we live in and beyond, we’ve merely scratched its surface.

So the best thing to do while we can is to appreciate and enjoy our Mother Nature’s wondrous manifestations — from the tiniest living creatures to the infinite sparkling stars.

Why don’t you join me and explore some of these unbelievable and mesmerizing natural phenomena. 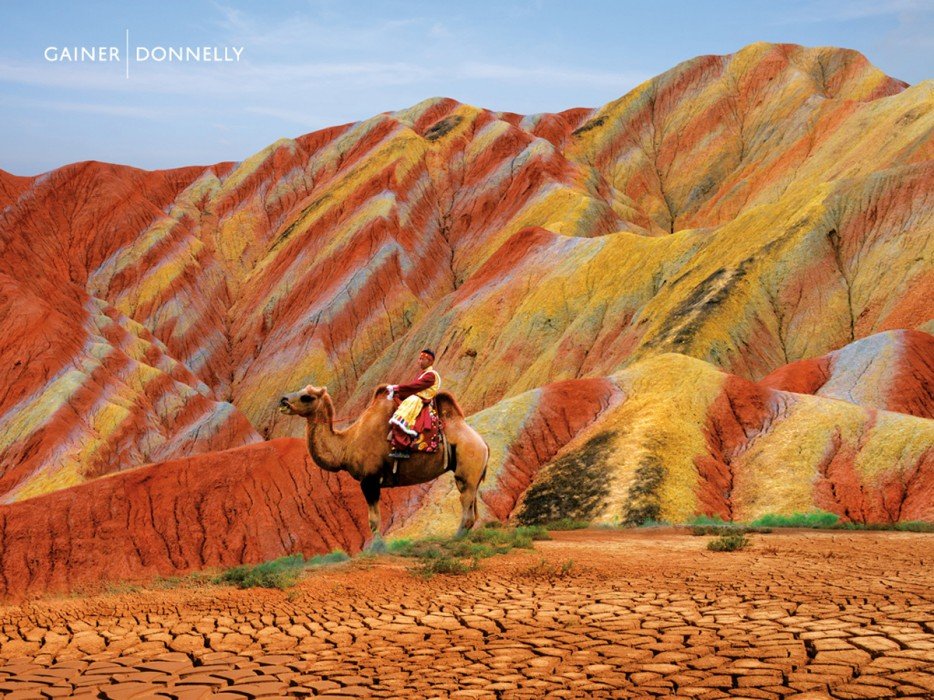 Light Pillars, Russia ~ a visual phenomenon created by the reflection of light from ice crystals. 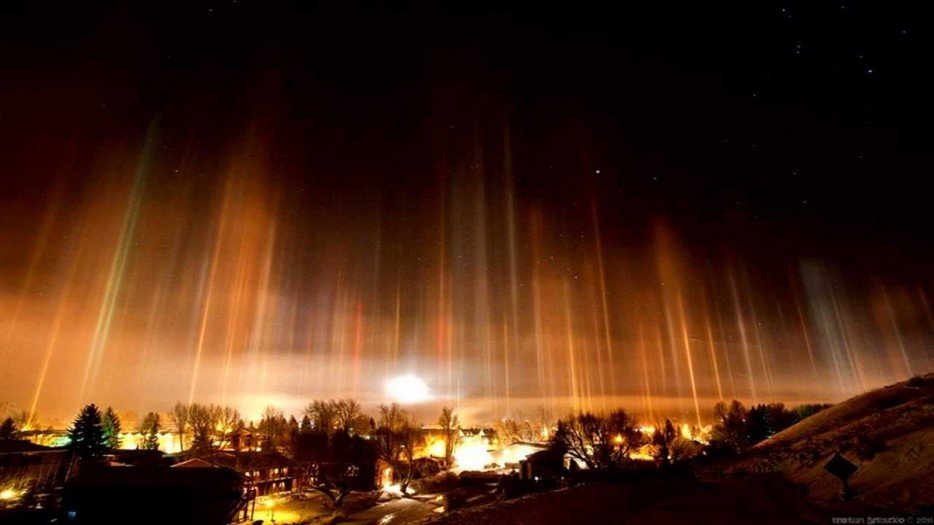 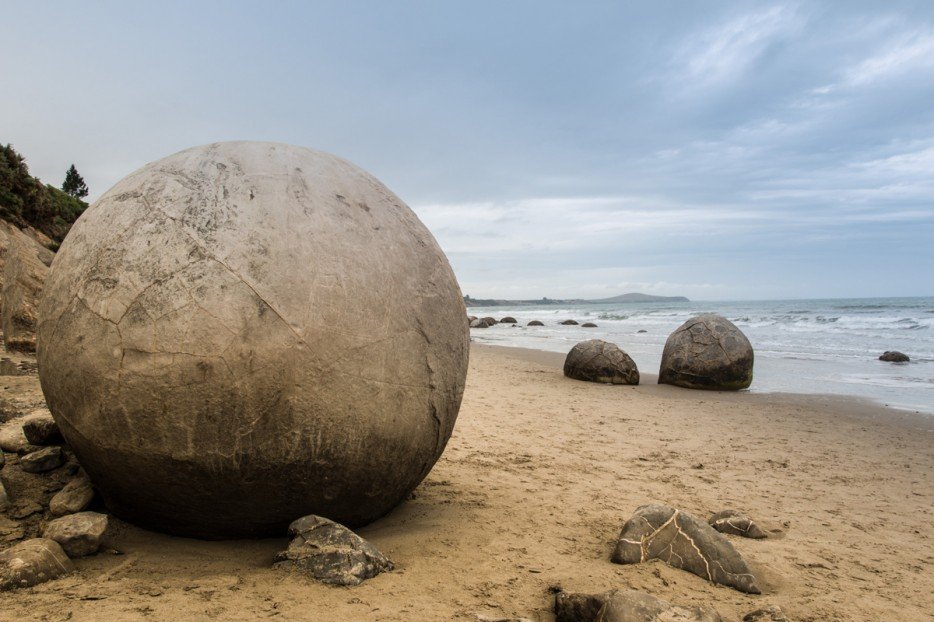 Fairy Circles, Namibia ~ Fairy Circles are circular barren patches of land, typically found in the grasslands of the western part of Southern Africa. They are most prolific in Namibia, but are also present in Angola and South Africa. Their diameters vary between 2 and 15 metres (7 and 49 ft). ~ Wikipedia 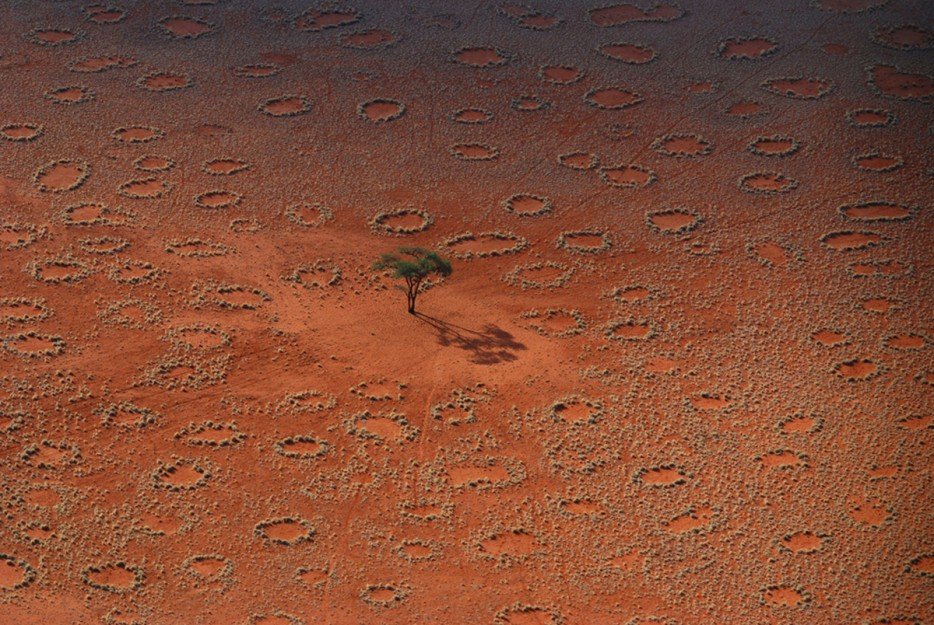 Mammatus Cloud ~ Mammatus are most often associated with the anvil cloud and also severe thunderstorms. 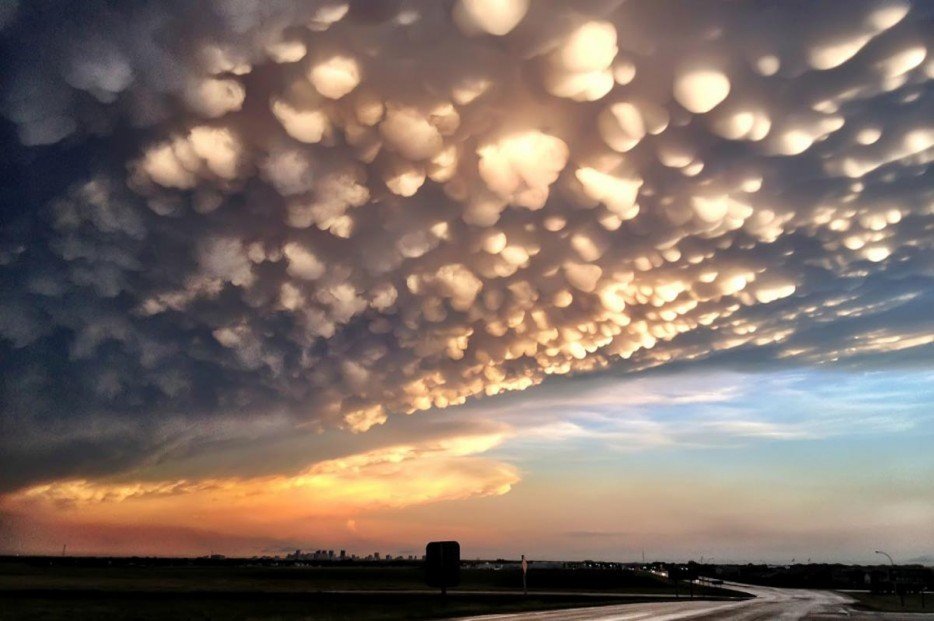 Steam Towers, Iceland ~ Towers of steam and gas rise from boiling bodies of water and mud. The Northern Lights in the background make the scene amazingly beautiful. 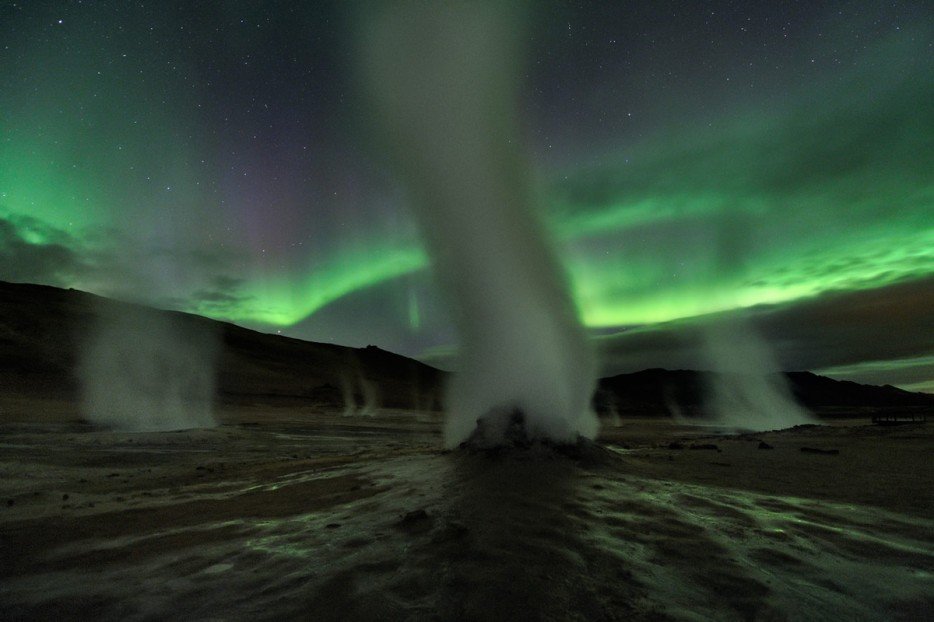 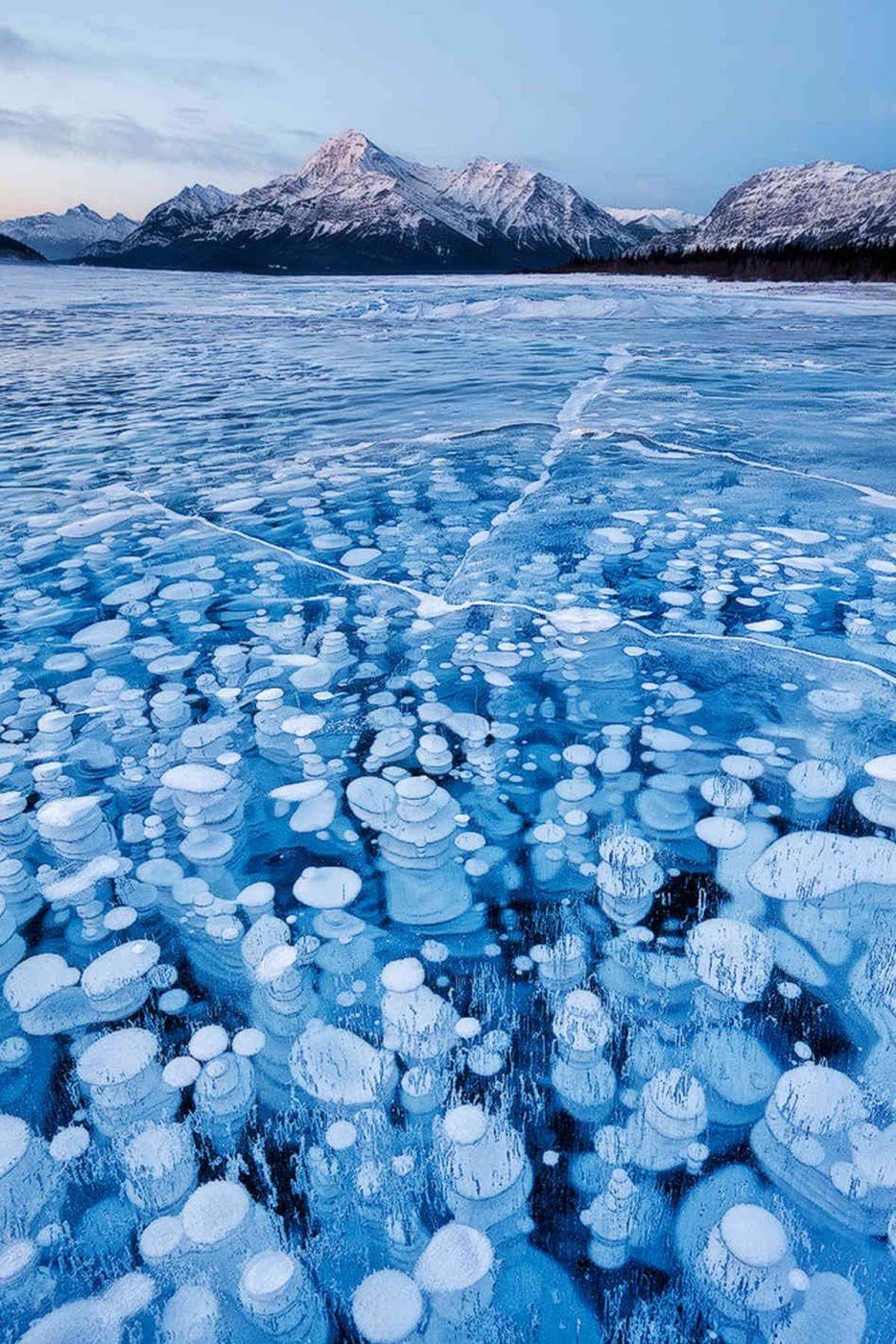 Morning Glory Clouds, Australia ~ One of the main causes of most Morning Glory occurrences is the mesoscale circulations associated with sea breezes that develop over the peninsula and the gulf. These clouds can be observed from Burketown from late September to early November.  ~ Wikipedia 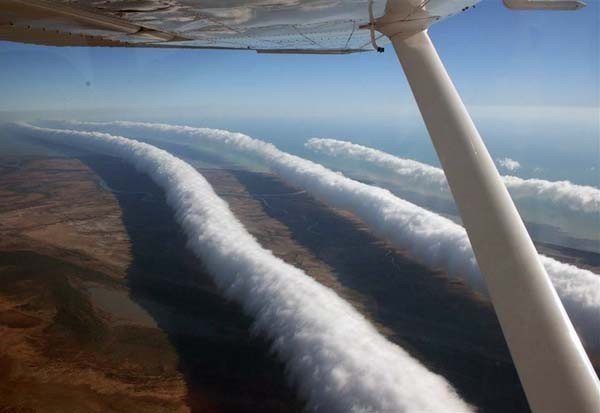 The Everlasting Storm, Venezuela ~ This phenomenon generates approximately 1.2 million lightning strikes in a year and can be seen from almost 250 miles away. 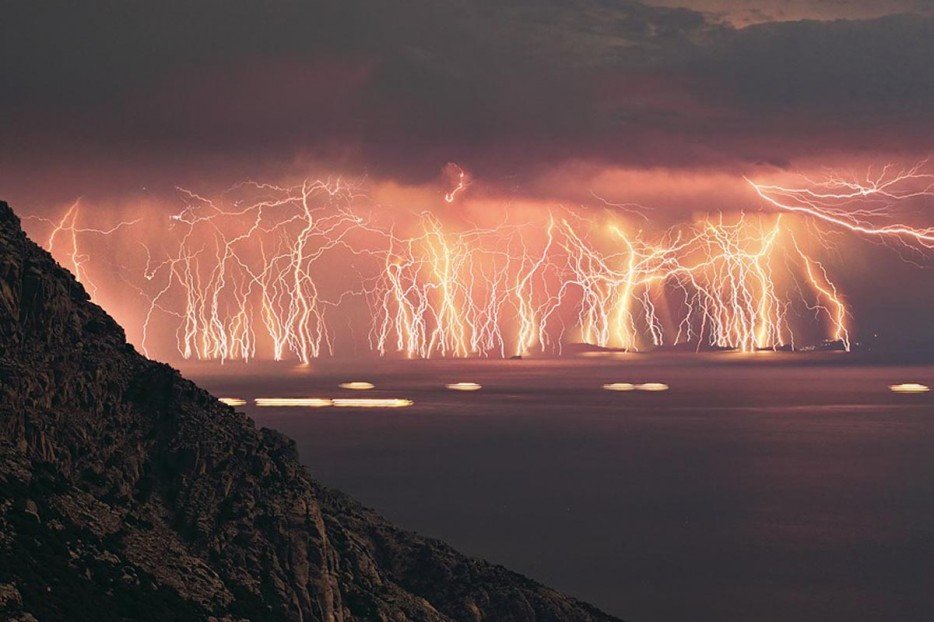 Asperatus Clouds ~ The ominous-looking clouds have been particularly common in the Plains states of the United States, often during the morning or midday hours following convective thunderstorm activity. ~ Wikipedia 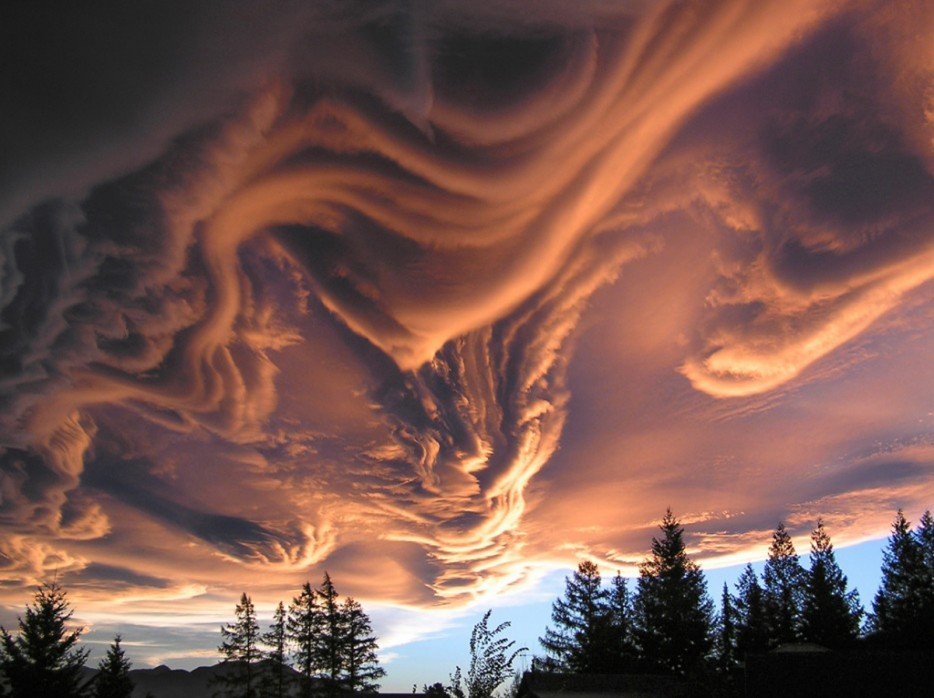 Rainbow Eucalyptus Trees, Australia ~ The unique multi-hued bark is the most distinctive feature of the tree. Patches of outer bark are shed annually at different times, showing a bright green inner bark. This then darkens and matures to give blue, purple, orange and then maroon tones. ~ Wikipedia 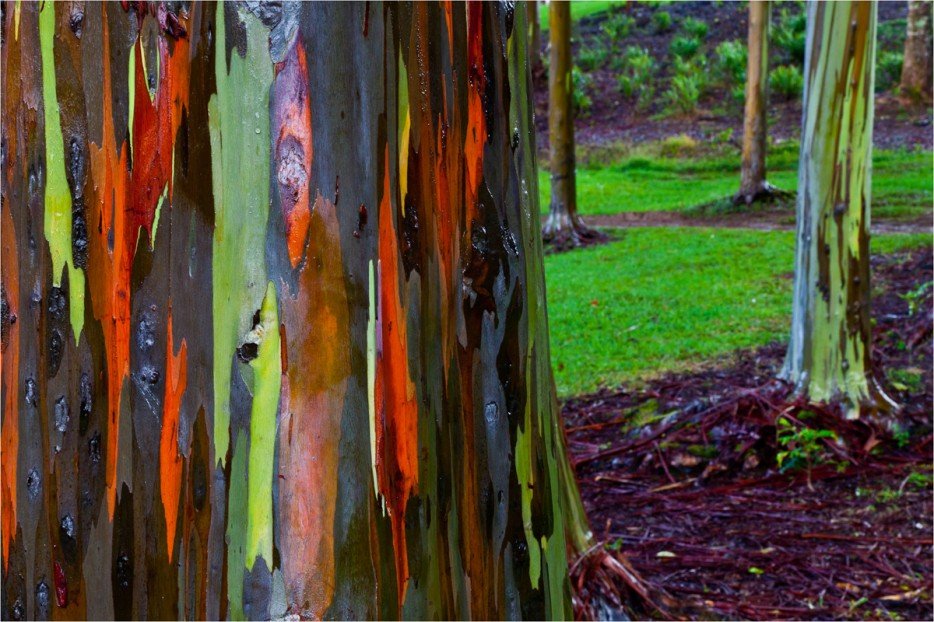 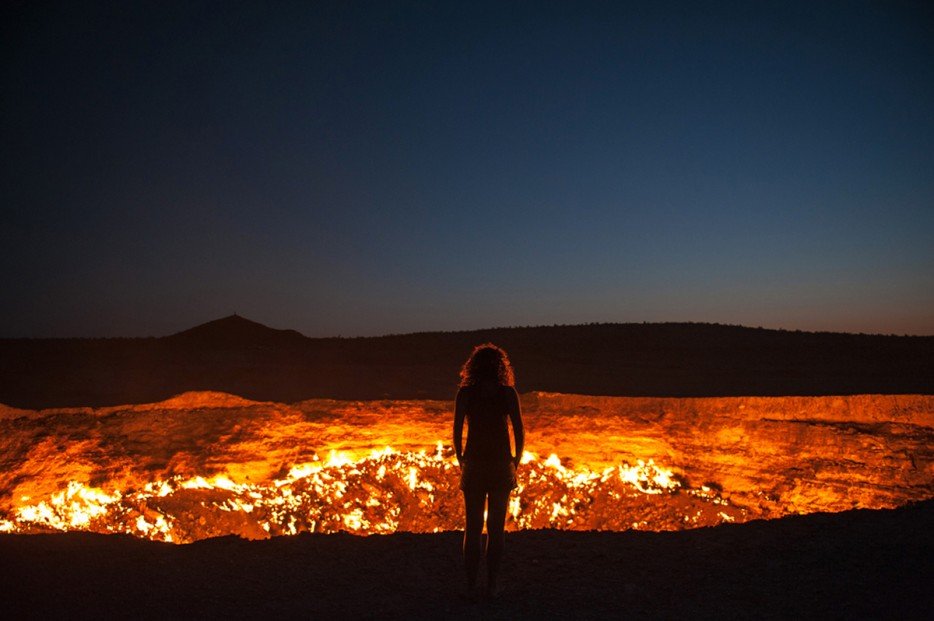 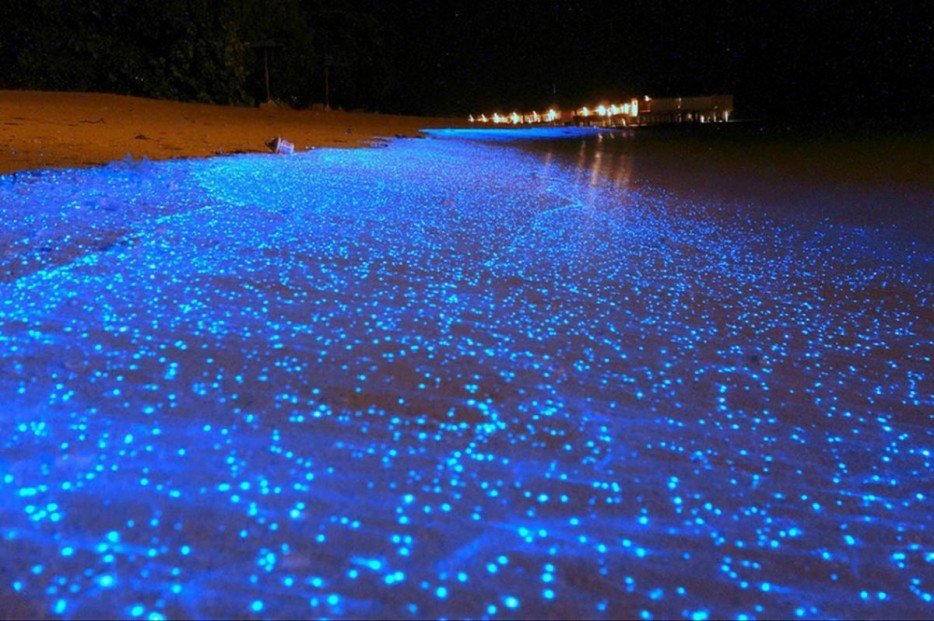 Geysers Before Eruption, Strokkur, Iceland ~ This Geyser is one of the famous in Iceland. It erupts in about every 4 to 8 minutes at 15 to 20 m high, sometimes up to 40 m high. 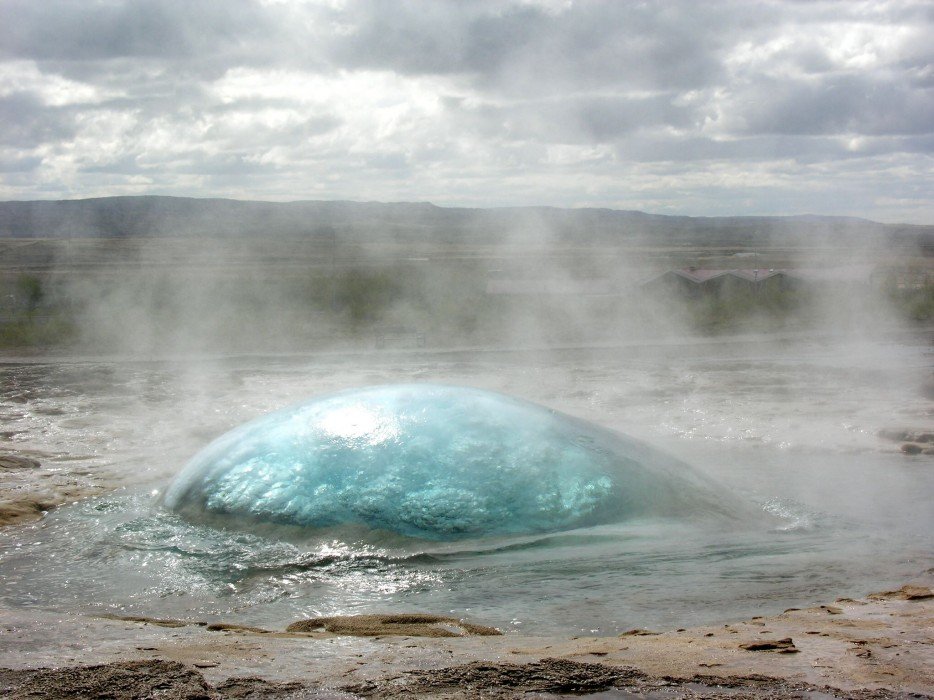 Red Crab Migration, Christmas Island — a mass migration of millions of crabs to the ocean, every October and November. 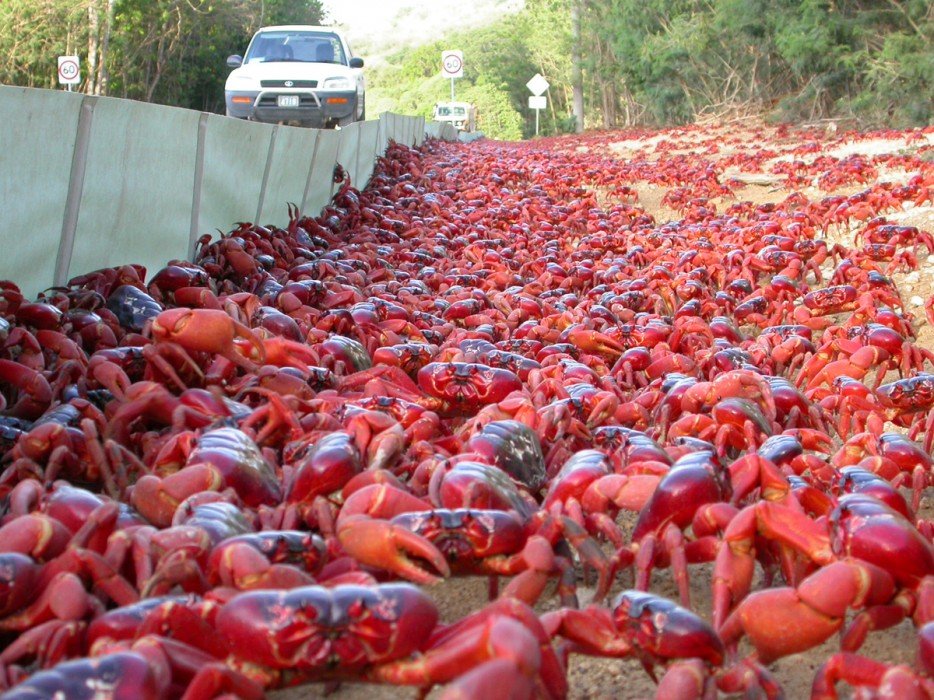 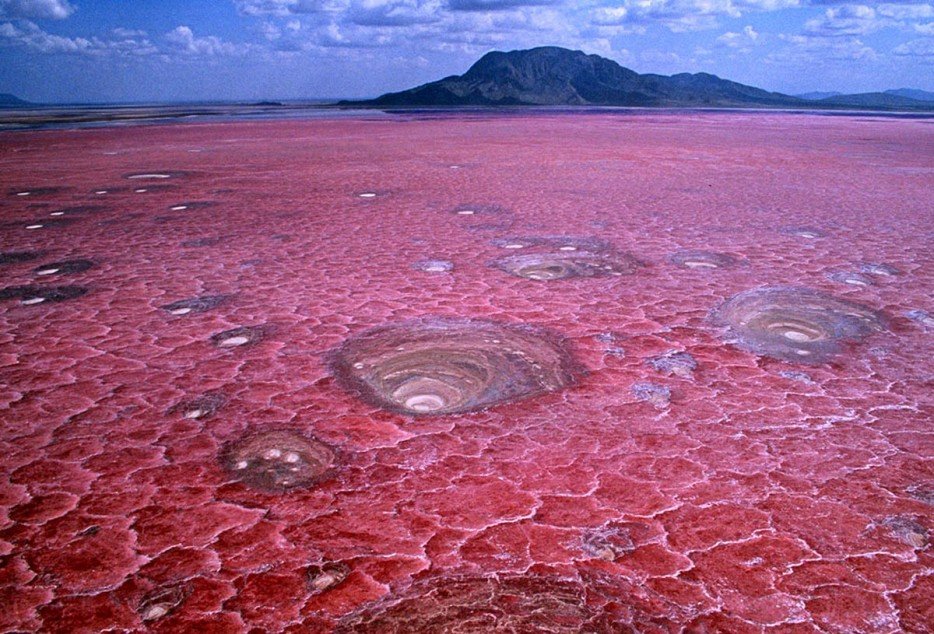 Ice Caves ~ An ice cave is any type of natural cave that contains significant amounts of perennial ice. At least a portion of the cave must have a temperature below 0 °C all year round, and water must have traveled into the cave’s cold zone. ~ Wikipedia 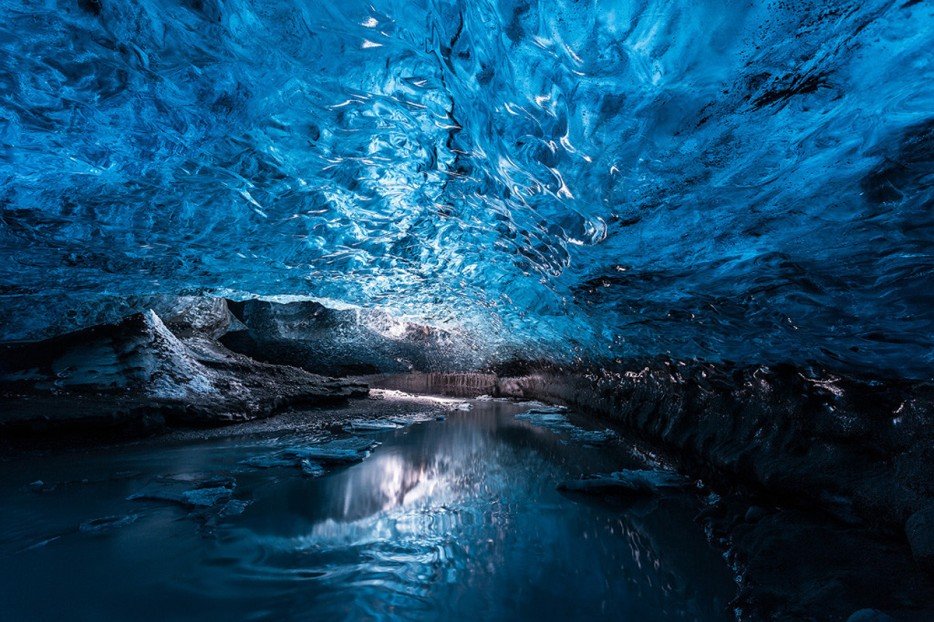 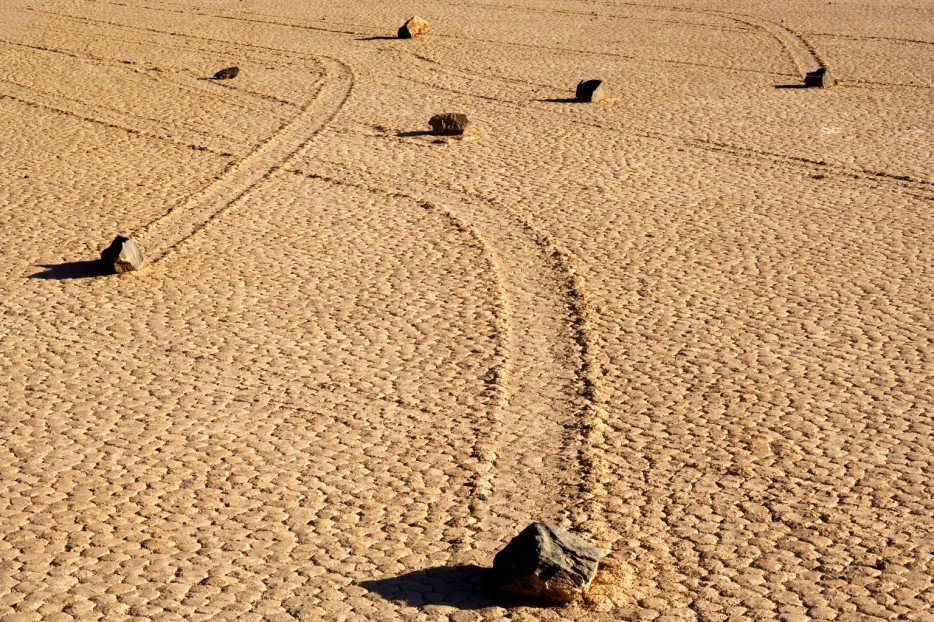 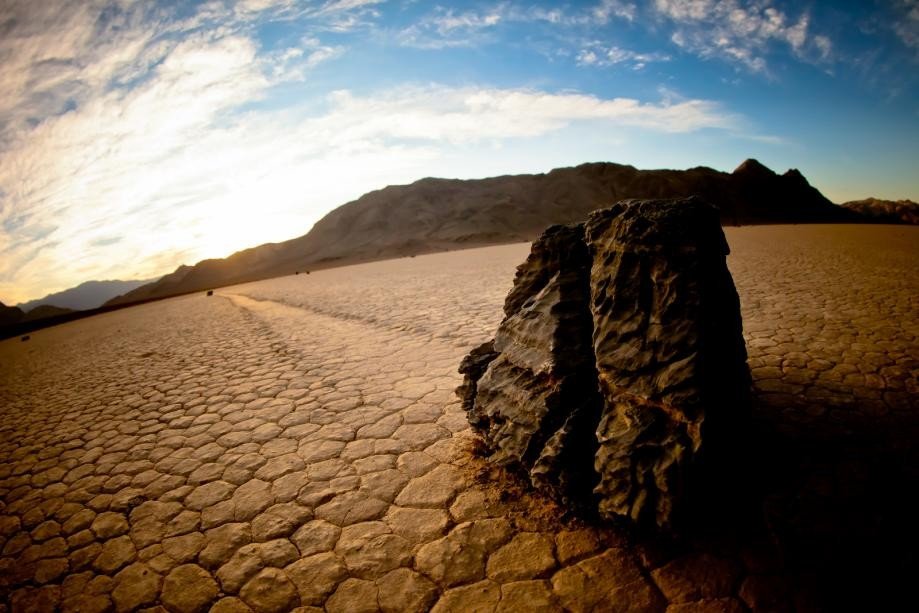 Underwater River – Cenote Angelita, Mexico  ~ The natural formation occurs when hydrogen sulfate mixes with saltwater causing it to be much heavier than regular salt water. The mixture sinks to the bottom, forming a distinct separation that flows like a river. ~ Huffington Post 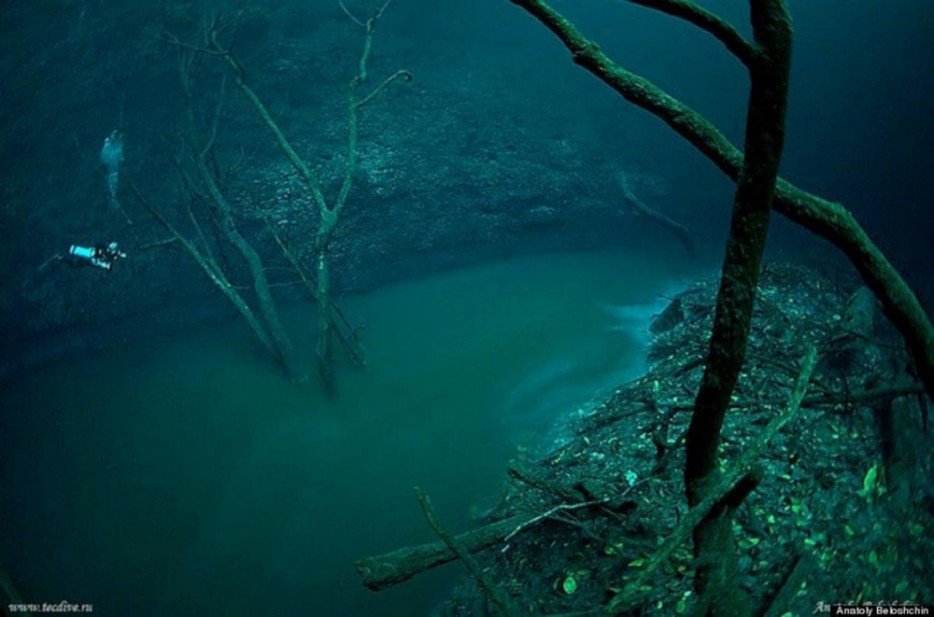 Columnar Basalt ~ Basalt is a common extrusive igneous rock formed from the rapid cooling of basaltic lava exposed at or very near the surface of a planet or moon. ~ Wikipedia 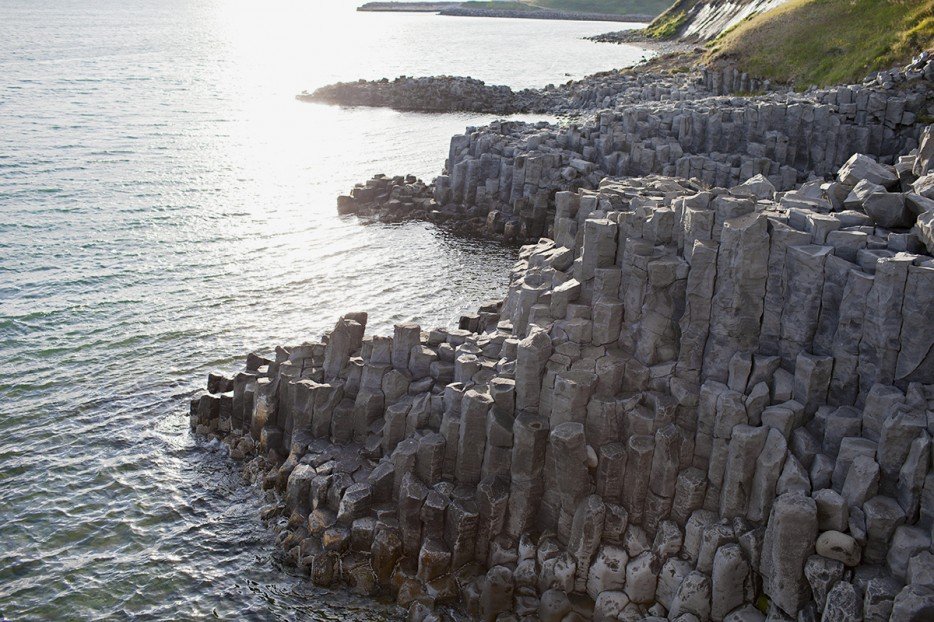 Lenticular Clouds, Mountainous Areas ~ Lenticular Clouds are stationary lens-shaped clouds that form in the troposphere, normally in perpendicular alignment to the wind direction. Because of their shape, they have been offered as an explanation for some Unidentified Flying Object (UFO) sightings. ~ Wikipedia 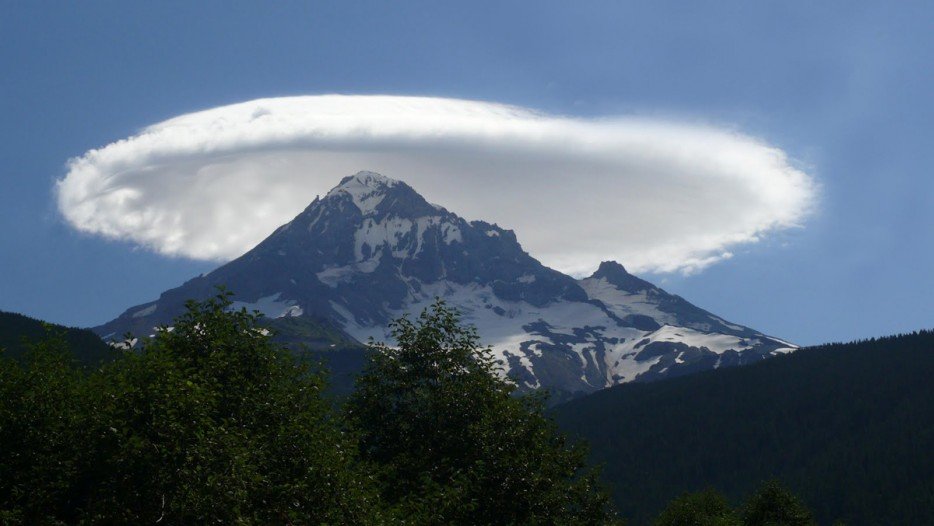 Snow Chimney, Arctic Areas ~ This is a volcano steam vent called Fumarole. But in artic areas, steam freezes when it gets to the surface and creates this amazing snow chimney. 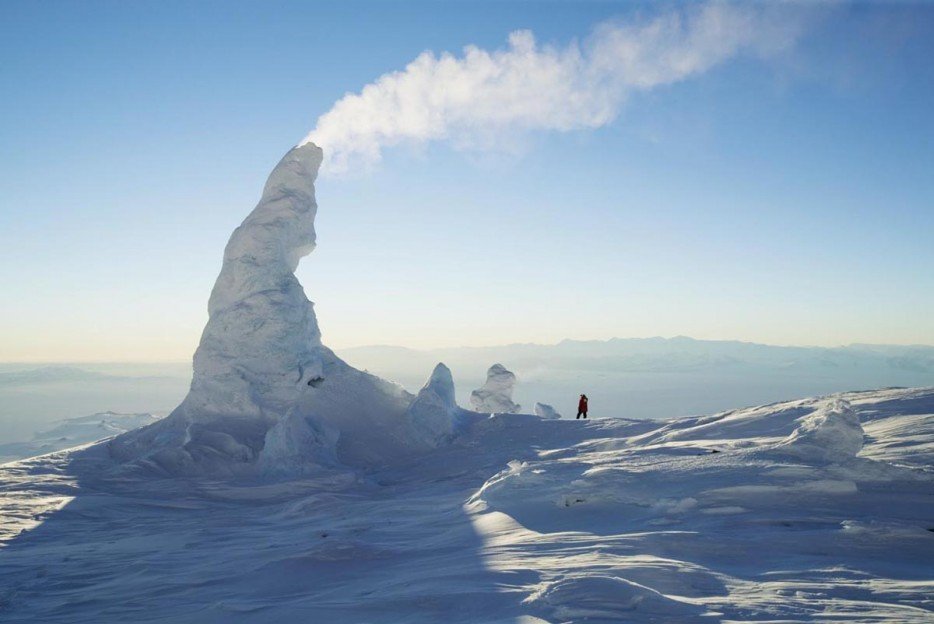 Volcanic Lightning ~ A considerable amount of Volcanic flumes can create electrical charge and static, and sometimes, like this one, a spark of lightning. 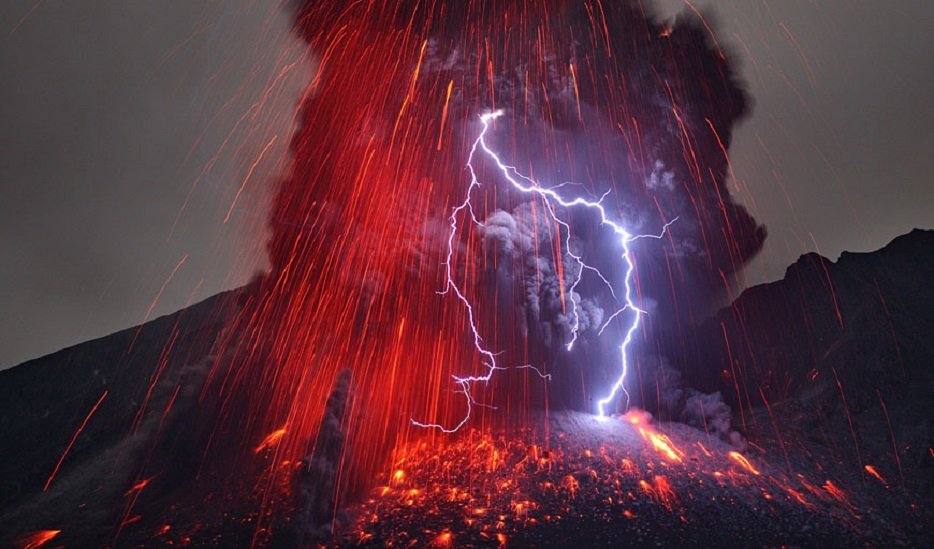 The Sardine Run, South Africa ~ The sardine run of southern Africa occurs from May through July when billions of sardines spawn in the cool waters of the Agulhas Bank and move northward along the east coast of South Africa. Their sheer numbers create a feeding frenzy along the coastline. ~ Wikipedia 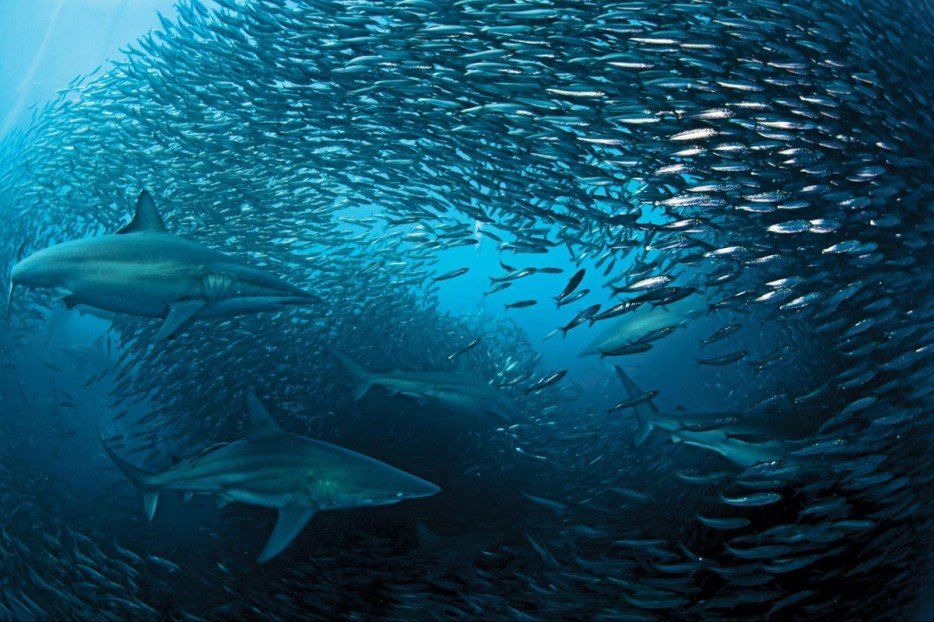 The Great Blue Hole, Belize ~ The Great Blue Hole is a large submarine sinkhole off the coast of Belize. It is a part of the larger Belize Barrier Reef Reserve System, a World Heritage Site of the United Nations Educational, Scientific and Cultural Organization (UNESCO). ~ Wikipedia 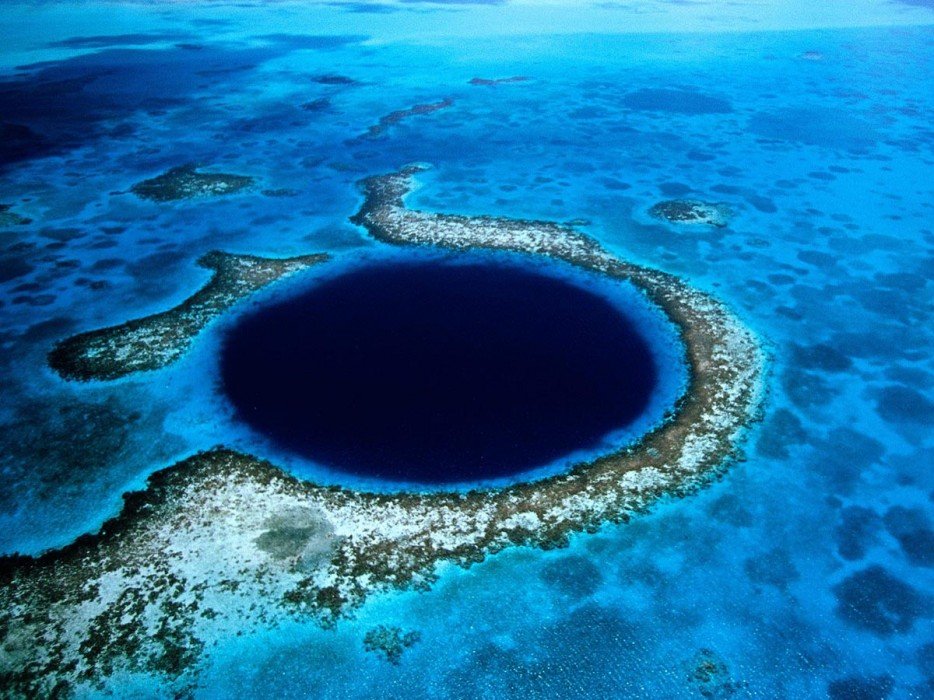 The Photography Series of Katarzyna and Marcin Owczarek: “My Heart is an Animal”

Rococo: The art of melancholic and sensual beauty by Alexia Sinclair — in a lush floral landscape

20 Hidden Beautiful Places Around the World. These rare gems are worth your time and MONEY!