Meet “Khumba”  — a rare ‘zonkey’ or zebra-donkey breed  — naturally born at Mexico Zoo on April 21. He weighed 26 kilograms and measured 70 centimeters at birth.

This is the fruit of a love affair between a female zebra named Rayas and a male dwarfed blue-eyed donkey named Ignacio. 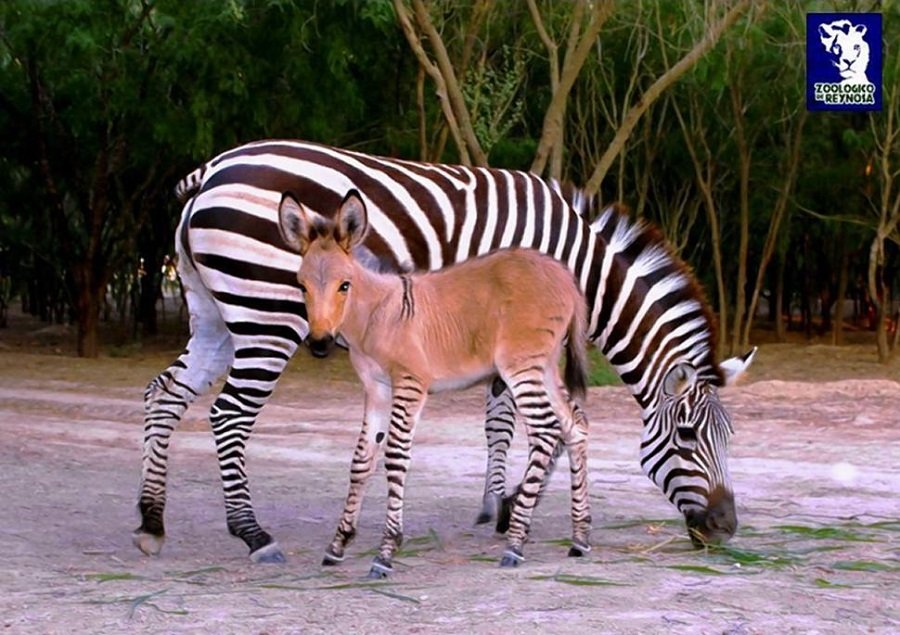 Experts say this kind of love affair is very rare.  There was one last year in Italy and had also a ‘zonkey’ baby named Ippo. Khumba is the second zonkey born in the last two years. 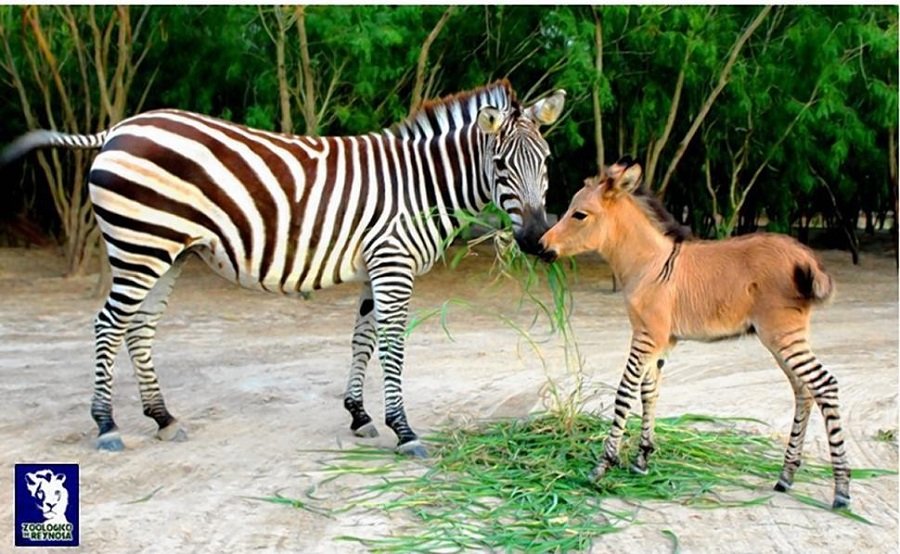