Watch this famous and smart male chimp named Kanzi  — gathering and piling up dead branches, lighting a match and toasting marshmallows. Yep, he can make fire and cook!

Remember the movie, Rise of the Planet of the Apes?  We’re getting there, folks!  🙂

Kanzi was born on October 28, 1980.  Shortly after his birth, he was stolen and adopted by a female chimp named Matata.

He is now a full grown adult chimp and currently living in the United States at Georgia State University’s Language Research Center. 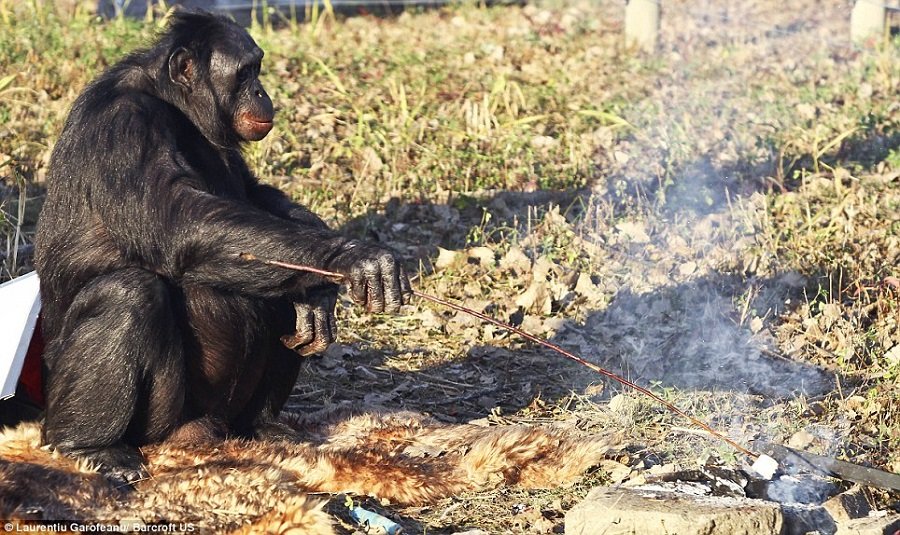 It was a great surprise to researchers then when one day, while Matata was away, Kanzi began competently using the lexigrams, becoming not only the first observed ape to have learned aspects of language naturalistically rather than through direct training, but also the first observed bonobo to appear to use some elements of language at all. Within a short time, Kanzi had mastered the ten words that researchers had been struggling to teach his adoptive mother, and he has since learned more than two hundred more. When he hears a spoken word (through headphones, to filter out nonverbal clues), he points to the correct lexigram. ~ Wikipedia 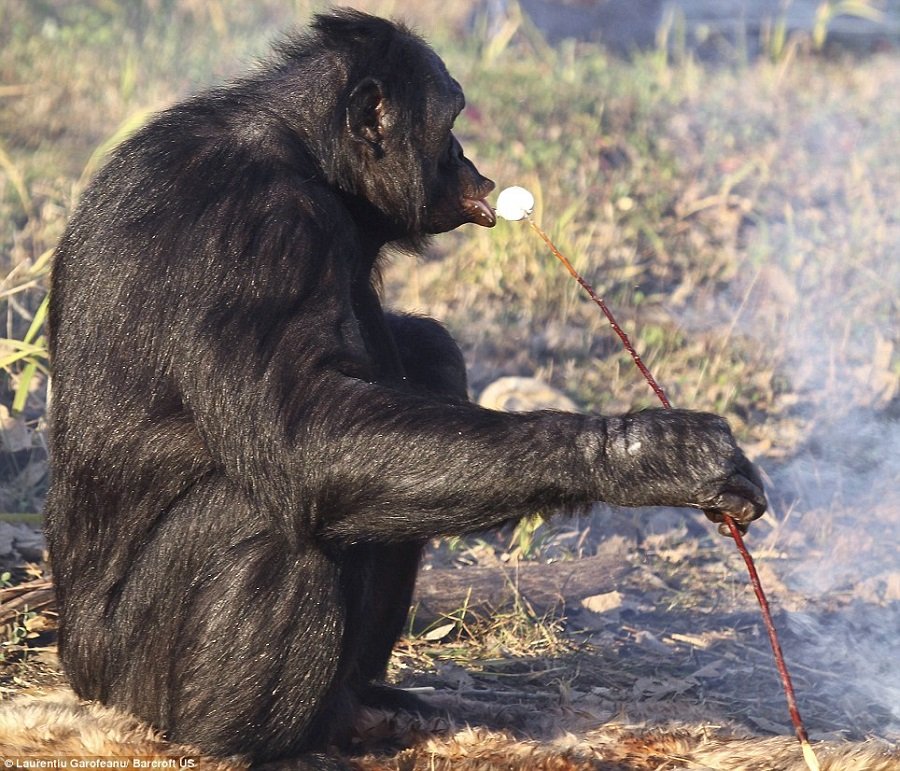 Dogs pray before eating. Well-behaved, cute… and religious, too!

Black students at Harvard College — “We are here. This place is ours. We, TOO, are Harvard.”

Vince Reffet and Fred Fugen — base jumping from Burj Khalifa in Dubai.

Are you Scared of heights? Or Thrilled? — These 25 death-defying photos will help you to find out.

Hugh Jackman Sings “Wolverine: The Musical.” Who says he’s just all Strength and Muscle. He sings, too!

Are you an adventurer? Then explore these 12 Epic Travel Destinations. Right Now!