Can a Governor points finger at the President?  Really?

Well, that’s exactly what happened when Arizona Governor Jan Brewer met President Barack Obama at the airport.  She welcomed him, and then the two exchanged heated conversation.  At one point, the Governor pointed her finger at the President.  And that, I think, is a surreal moment in politics. 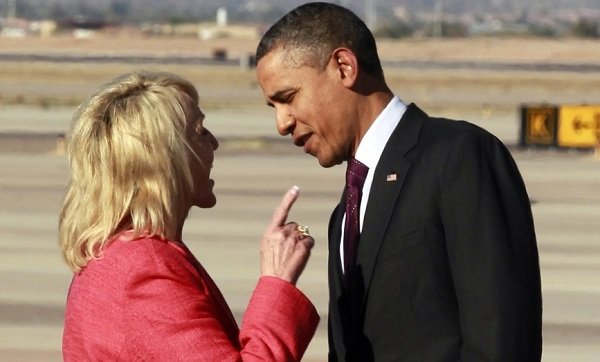 However, President Obama downplayed the unfortunate event. In an interview with ABC News Thursday, he said this:

“I think it’s always good publicity for a Republican if they’re in an argument with me.  But this was really not a big deal.  Last time we met, she wasn’t fully satisfied.  But, you know, I think this is a classic example of things getting blown out of proportion.”

And on her part?

The Governor says:  “I would never be disrespectful in that manner.  I respect the office of the president. ”

Okay, let’s move on.  It’s just probably a hand gesture.  Or is it?

Teenager Stephen Sutton dies of cancer at age 19. He raised $4.5 million for charity.

Mom and Daughter — Practicing Yoga Together. See their cute photos posted on Instagram.

These pet lovers went too far — extremely far. Forget the cats and the dogs. What about bear, lion, snake, tiger, and a CROC?