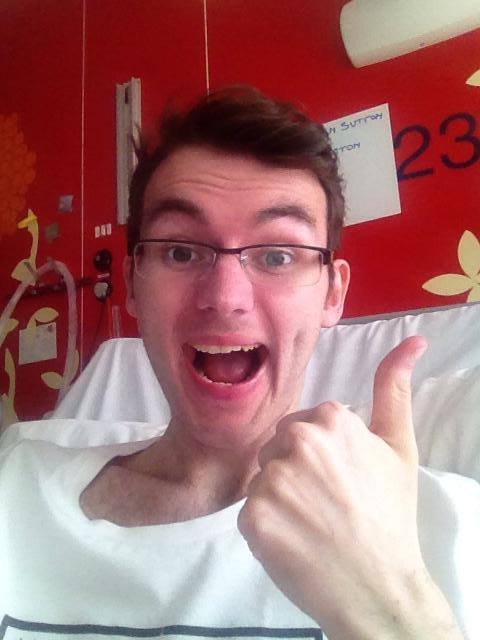 Stephen Sutton who suffered from cancer died Wednesday at age 19 in the hospital in the UK. He touched countless hearts with his inspirational message, generosity, humor, and tireless fundraising for the charity, the Teenage Cancer Trust. His charitable work has reached a staggering $4.5 million donations.

My heart is bursting with pride but breaking with pain for my courageous, selfless, inspirational son who passed away peacefully in his sleep in the early hours of this morning, Wednesday 14th May. The ongoing support and outpouring of love for Stephen will help greatly at this difficult time, in the same way as it helped Stephen throughout his journey. We all know he will never be forgotten, his spirit will live on, in all that he achieved and shared with so many.

Stephen was first diagnosed with an incurable cancer in 2010 and he tells his story on Facebook. At one point he created a “bucket list” of 46 things he wanted to do in life before the time comes.

“Some things on my bucket list include sky diving. Crowd surfing in a rubber dinghy. Playing drums in front of a huge crowd. I ended up doing it live at Wembley. Hug an animal bigger than me.”

Then a miracle happened!

“Since starting the bucket list, I’ve had people come up to me and offer to raise funds for me. To go on holiday or tick off a new item on my bucket list. But I’ve actually refused. And decided to give the money to charity instead.”

Please check out Stephen Sutton’s Facebook Page to read more of his story.

The Randomness World of ChatRoulette

Bizarre and Amazing Festivals around the world. Come on… let’s get dirty, wet, colorful, or naked.